We will never know the names of all the people who assisted runaway slaves or the reasons why they were part of the Underground Railroad.  Some were slaves themselves and many were freed slaves. The men and women who hid freedom seekers kept their activities a secret from family and friends. The Fugitive Slave Act of 1850 was a law which stated that individuals who assisted runaway slaves could be jailed for up to six months and that they might have to pay up to a $1000 fine. We want to highlight two individuals who were operators on the Underground Railroad, one was black and the other was white. One had been a slave and the other had been an indentured servant. Both lived in Ohio and worked to free slaves.

John Parker was sold as a young boy away from his mother. In his autobiography titled His Promised Land he says, “To begin with, I was sold as a child of eight, chained to an old man, walked with him from Norfolk, Virginia, to Richmond, Virginia. This old man was kind to me, he made my weight of the chain as light as he could. He talked to me kindly, because I was brokenhearted at leaving my mother. He was the only human being who was interested in me then. When we reached Richmond, I was sold to one family, he was sold to another. For some reason, which of course I never knew, this old man was severely whipped and died.”

John Parker was sold to different owners, ran away and was captured and finally ended up in the house of a widow. She decided to have him work in a foundry because she did not need his labor in her home. The money he made at the foundry went toward purchasing his freedom at the age of 18. He eventually ended up in Ripley, Ohio, built his own foundry and had several inventions. Because he never forgot his time as a slave he was determined to help others. At great risk to himself he went into Kentucky, a slave state, and helped slaves escape across the Ohio River into Ripley, Ohio. There was a $1000 reward offered for his capture by slave owners. He had many frightening adventures and if caught helping fugitive slaves could have been sent back into slavery himself. He was a hero and today his home is a museum in Ripley, Ohio.

William Hanby was a young boy when his father died. His mother had William and his four younger brothers and sisters to feed and clothe. She was forced to consider how to take care of them and realized that she would have to allow them to be indentured servants. An indentured servant was an individual who signed up for a period of time, usually six years, to work for one employer in exchange for a place to live, food and clothing.

William was nine years old when his mother signed a contract for him to go to work for a Quaker farmer. When the six years was up, William decided that he wanted to learn to become a horse harness maker. He found a man who allowed him to visit for a week and observe his harness shop. The man’s name was Jacob Good. William thought he was kind like the Quaker so signed the contract to bind himself as an indentured servant to Jacob Good.  Very quickly Good showed his true nature and became a cruel and deceitful man. William ran away to avoid a beating and being forced to lie in a court of law for Jacob. William came to Ohio, found a family who took him in and provided him with work. So William Hanby had great sympathy for runaway slaves because he too had run away from a bad situation. He hid fugitive slaves when he lived in Rushville and also after he moved to Westerville.

Books about Slavery in Ohio

Beacon to freedom: The story of a conductor on the Underg...

Beacon to freedom: The story of a conductor on the Underground Railroad The freedom stairs: The story of Adam Lowry Rankin, Under... 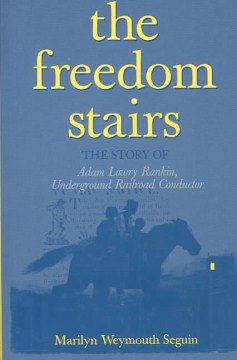 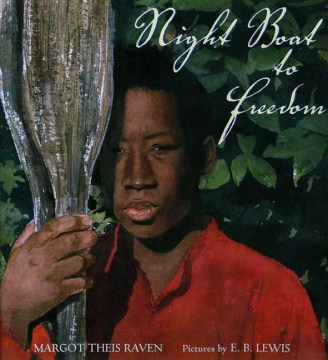 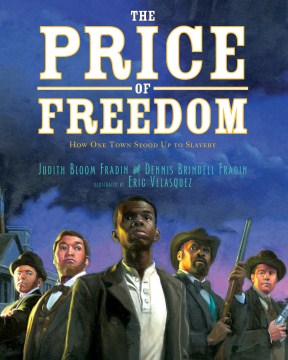 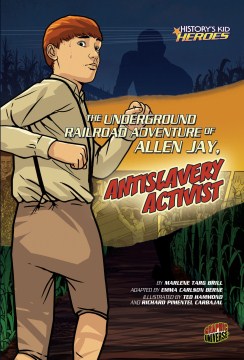 Websites about Slavery in Ohio